Racing in different country is always an experience for itself. I spent two autumns in Danmark so I felt quite familiar with certain aspects, but still, there were some surprises waiting for us.
After coming to Denmark the first surprise was, that Lars picked us on a railway station with a bike. So were there, there and three bikes. One of the many surprises that was awaiting us. When we reached Farum O-club hut, quite late, there were only friends from team SWECO (Swedes) and an Estonian/Czech team, basically only international teams. Where have all the Danes gone?
With not much to prepare for the race and all the information given in the morning, we just put our bikes together and went to sleep. Early in the morning the room was in full swing, with all the danish teams coming just before the race. I greeted shortly with my danish friends and then everybody was focused on the race. Flat terrain, lot of orienteering maps available and mild weather promised a fast race where every mistake would be visible and costly. 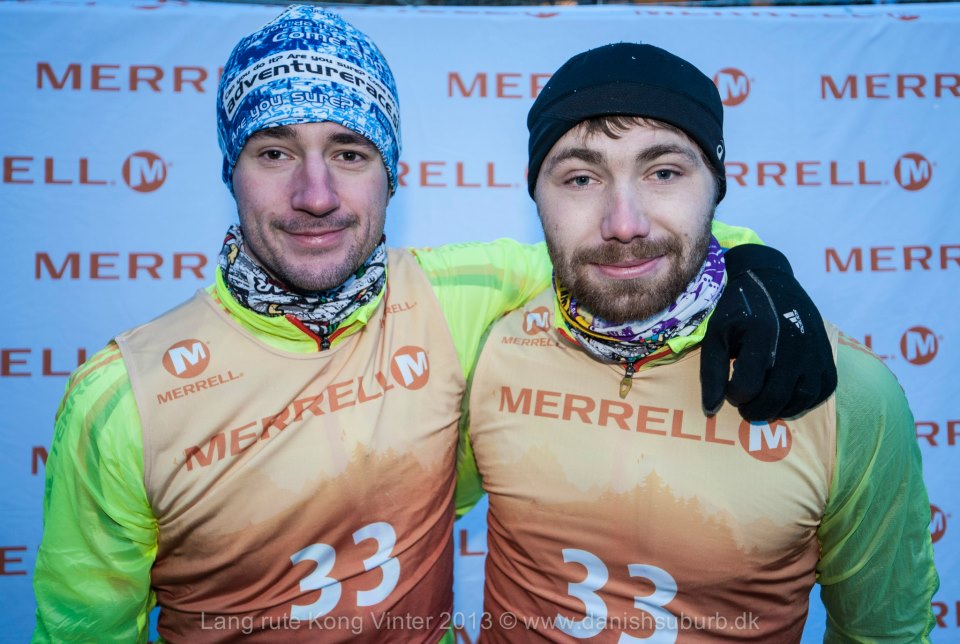 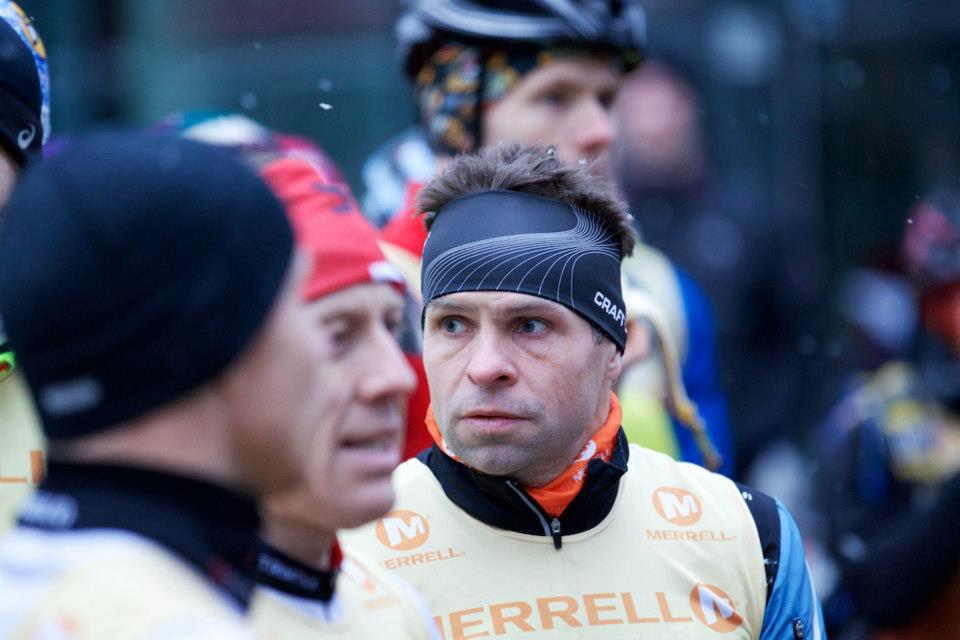 Some well-known racers appeared on the start line.

Race started with three short loops – orienteering, bike’n’run and MTBO. Teams undertook them in different (but given) order, in order to stretch the field a bit. Our first loop was MTBO. Short orientation, changing shoes for SPD and here we go, reeling hard to the first CP. But.. wait a moment.
„This does not make sense. We are supposed to go along railway station, but here the village ends. And the text on the map looks like it was printed on the other side. But there is another map. Strange.. We should go east, that is correct, and along the railway station. But hey, we came from railway station and it was the other direction. Maybe I got it…“
Lars simply printed the map flipped sideways. So north is north, but east is west. A trick without warning. This was a good one.
So we turned around and pedaled the other direction. We met SWECO the opposite direction, who were going to bike and run, in general to the same place as we were going. Go hard guys…
Even though we got the mechanism, it was still confusing us. Right, left, venstre, højre, höger, vänster, where the hell are we supposed to go.. finally the stage is over. Bike and run was quick and the orienteering was super fast. Now a short bike and we are off to paddling.
We are bit surprised to paddle in single kayaks instead of a double one as we did not bring any towing system, however we managed to build a provisional one using some ropes we found on one of the kayak. Later I read at sleepmonsters how shockingly few clothes I had. Well, I like to have a grip on the paddle, so I just did not use any gloves, that’s all. I was feeling warm… until we disembarked the kayaks. 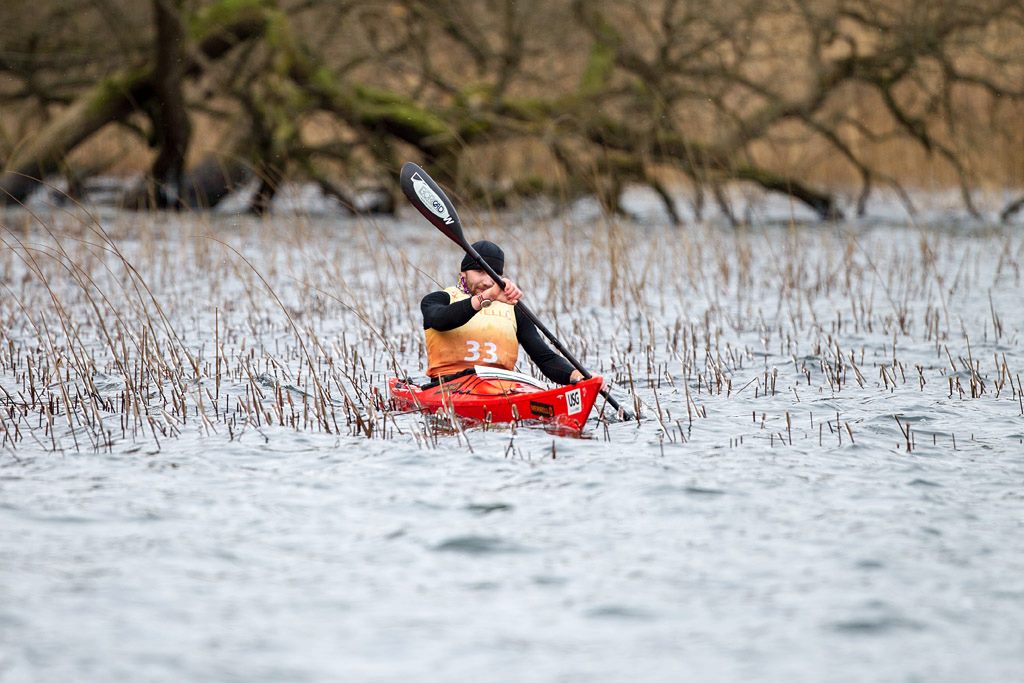 Later, I read on sleepmonsters.com, how unusually few clothes I had on the paddle… I would no say so, I was just not covered completely and did use any gloves. I two weeks there is AREC in Poland and there the winter will be much different. 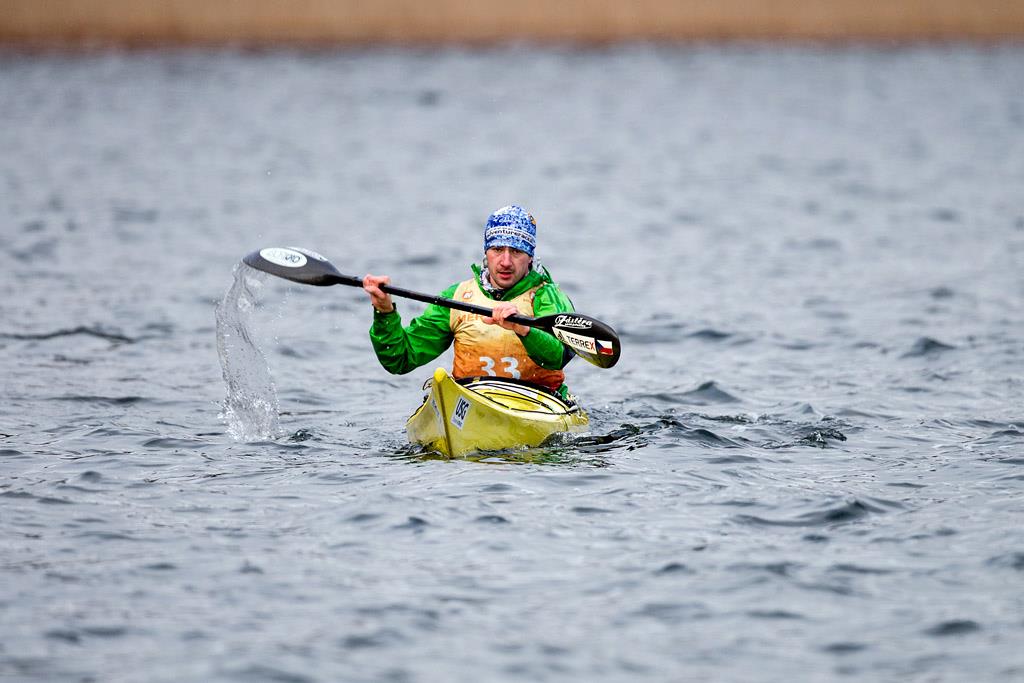 Running or biking, choice is ours. Running will get us warm faster, so it is a no-brainer. Short ropeworks, back to the TA and the last loop in this part of the race is MTBO. Most of it we went really smoothly. When we returned to the TA, we realized, that there was not any TA anymore! And our backpacks were gone. Quick call to organizers and their prompt response saved the day, so we reeled to TA2 where we quickly retrieved our packs and left the TA for good.
After reaching TA3 we were informed that the race is running late so some stages are skipped and/or shortened, so without slowing down moved on to a night orienteering, which was gave us some real fun. Running around some lagoons or abandoned sand quarries or whatever with satellite Googlemap meant running up and down the shore and frozen sandheaps. Quite steep hills when considering we were in Denmark. 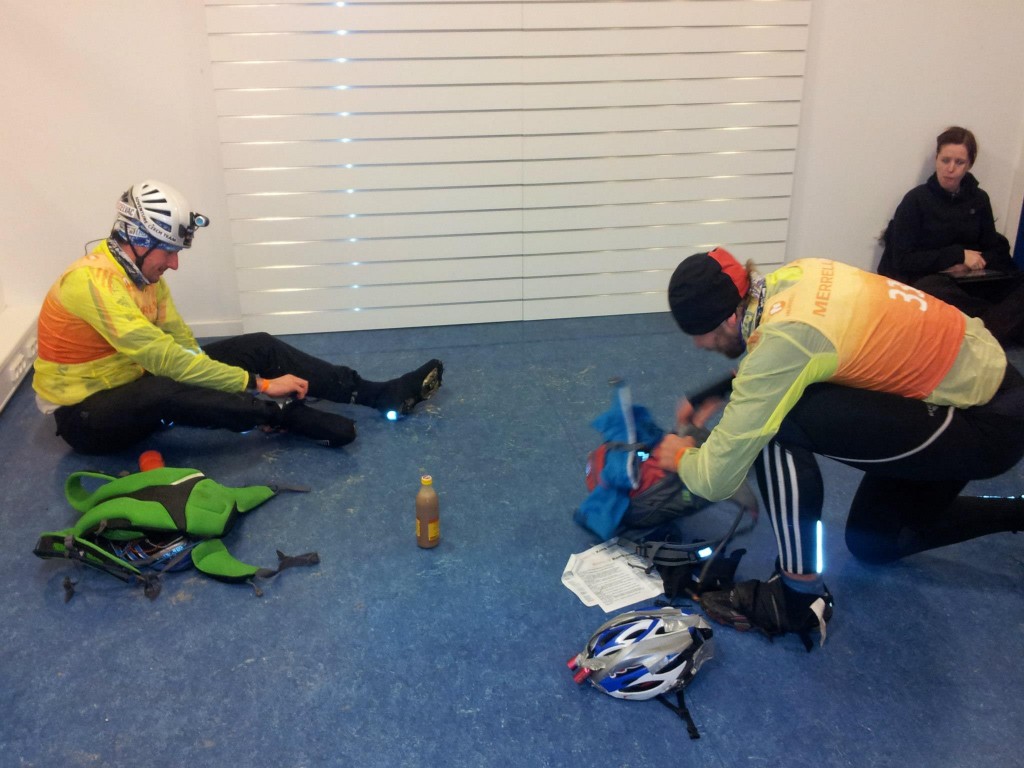 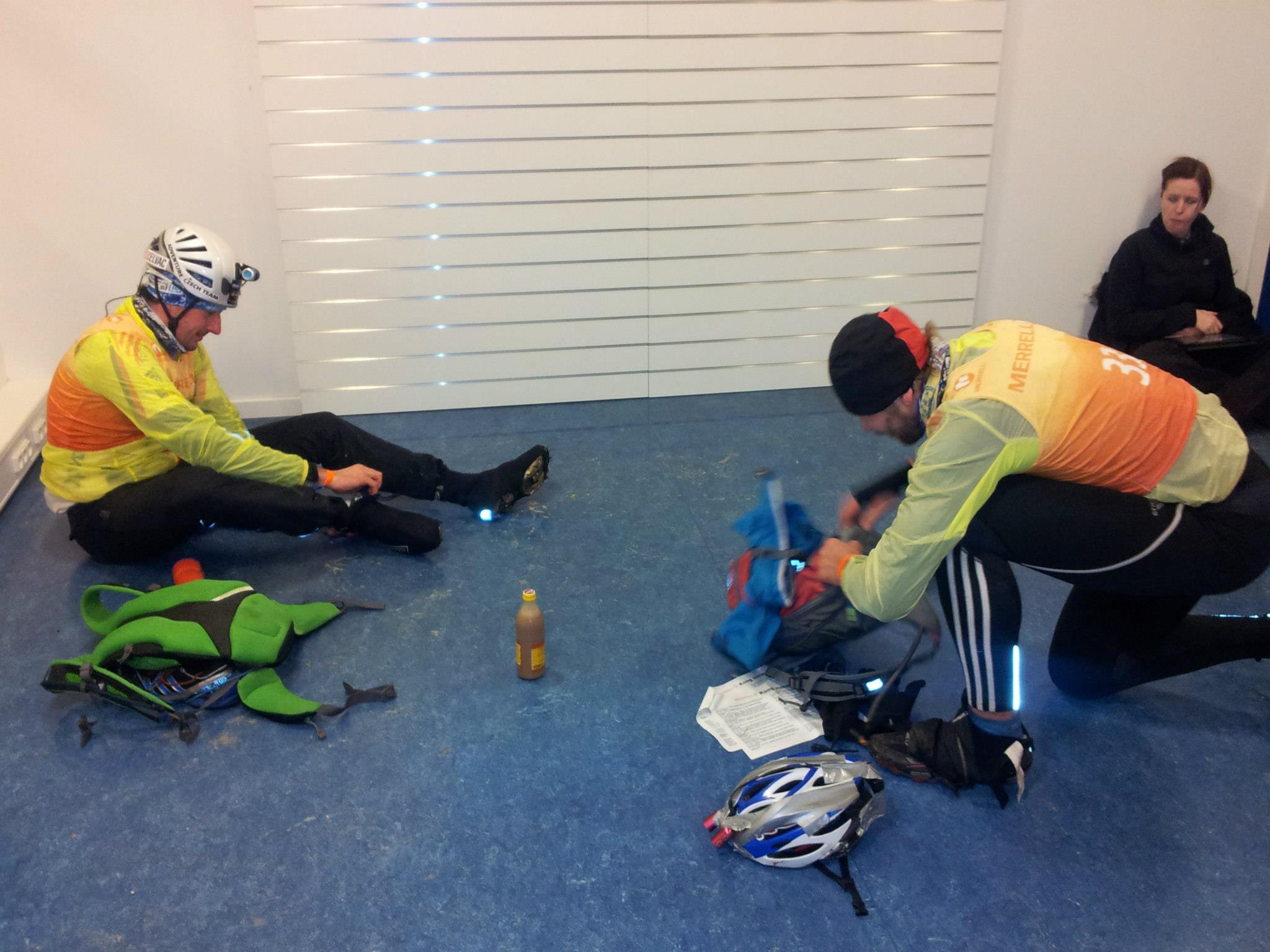 TA after finishing the O-run around lagoons.

Because of cancelling of some stages we were most of the course now biking, but still it was interesting. A lot of CPs and riding on orienteering maps required staying focused and good navigation. Most of the course we did on our own, without much contact with other teams. Unfortunately, Dan seem to be running out of batteries as his light was gradually fading out. And then happened something really unexpected – In the middle of the night we met an old lady in front of a well-lit hut and Dan asked her for batteries. She brought about 12 of them, measured their voltage and handed him the strongest pair. Unfortunately, at the end of the biking section we met some other teams, who seemed to be faster.
But we bolted through the TA so it gave us a little space. Also the last orienteering was tricky as it led to some swampy parts and from the moving lights we could see, that everyone dealt with them differently. We had a clear idea of the navigation, but had no idea about our situation in terms of ranking. We found the last CPs in the swamps and were heading to the finish line, but we saw some lights coming too fast to hold them off. Unfortunately we were passed by them about 2km from the finish line. This last overtake meant, what we learned afterwards, that we were knocked off from the podium which is a shame, but we have to give the credit to this team, their finish was really strong.
So finally after 17 hours we have reached the finish line, we talked to the other teams and started enjoying the fact, that we are back there. We expected the racers to be coming, waiting, chatting and basically sharing their experience from the race, but to our surprise, this did not happen. At all. Some of the teams went to sleep almost instantly while the rest made haste and departed back home. Soon, we ended up being just three – me, Dan and Sarka – all Czechs. When we woke up early in the morning , almost all the teams were gone, another surprise. Race without a social part? Well, that is probably the Danish way, this could not happen in Czech. 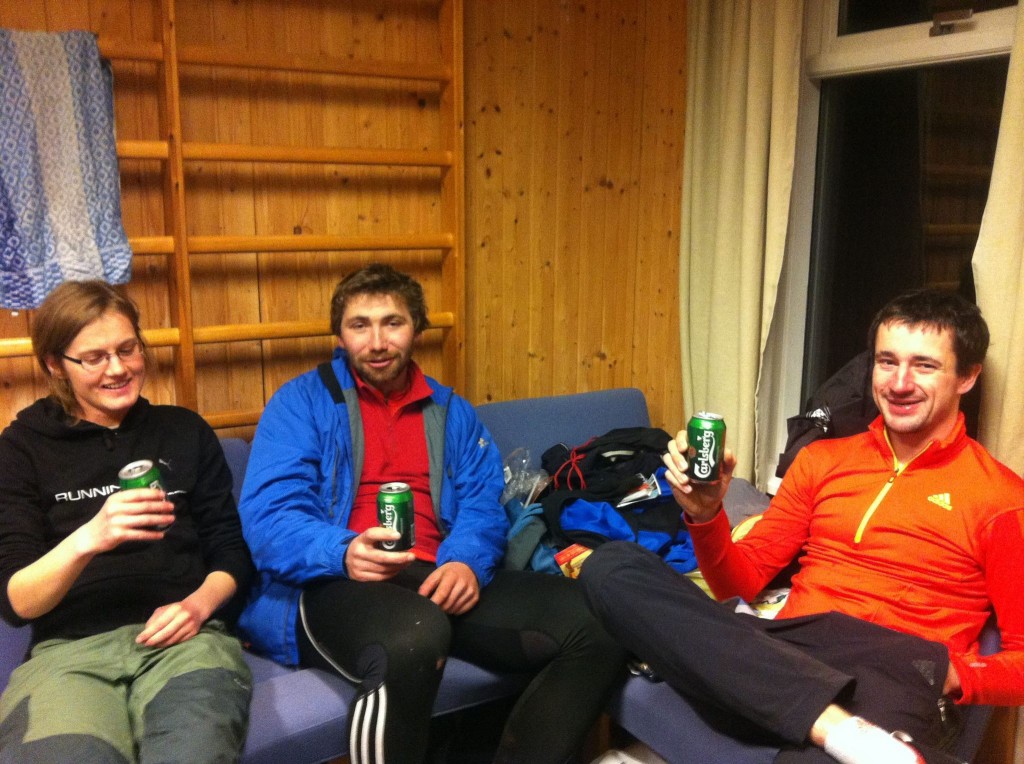 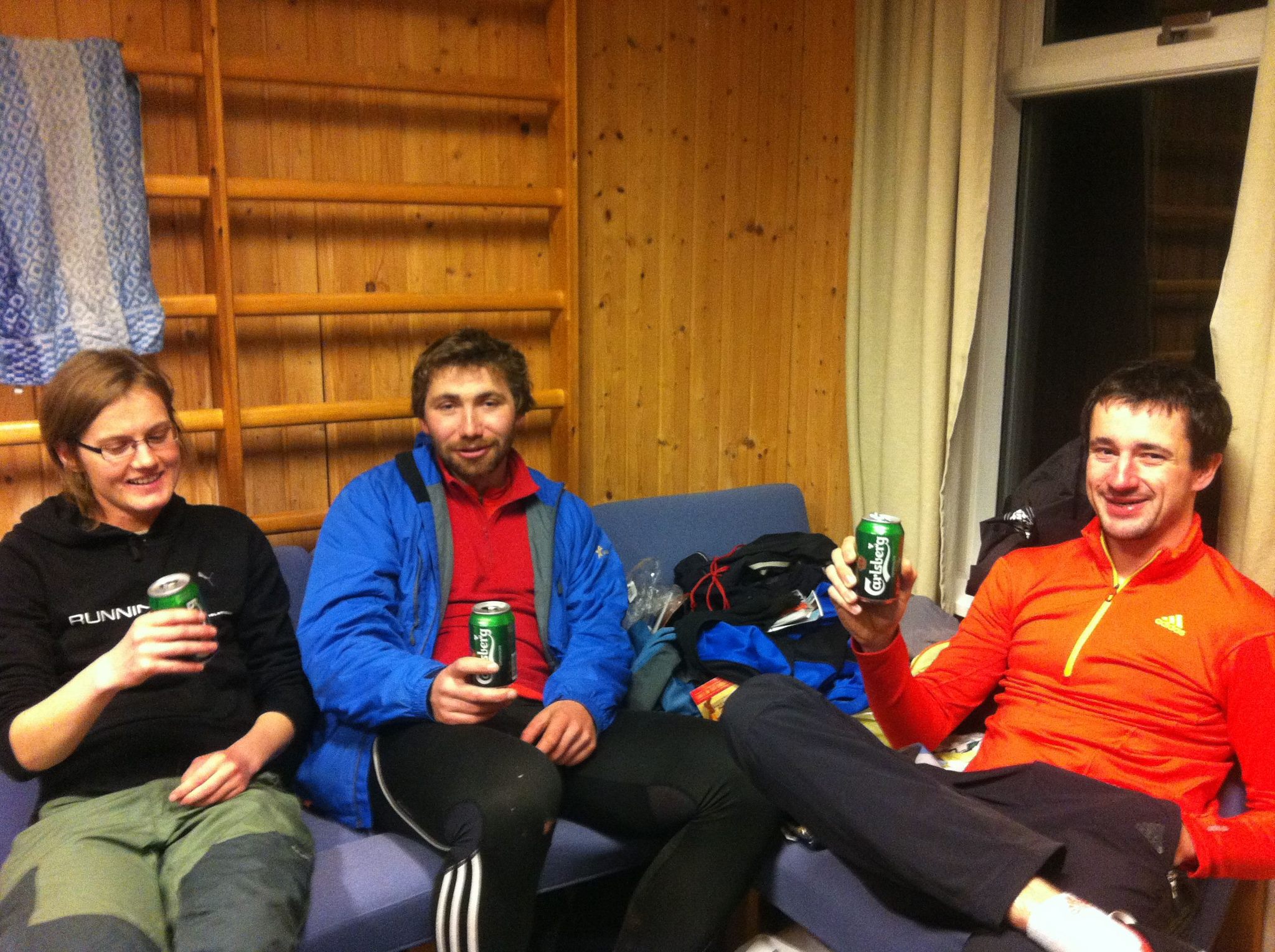 We had one more day in Danmark so were not particularly keen on leaving asap. Well, this was an interesting experience for me. The race was interesting, well prepared and with a lot of navigation also challenging. We had high expectations and they proved to be true. Thank you Lars for that.
However racing for me is not only about the race itself. It’s just not about having a beer after the race as well, but for me it is also about meeting people. People who do the same sport, about sharing experience and in general about meeting friends. And here this part was very suppressed, almost non-existent. It is a shame to go to a race without having the opportunity to meet others, because my experience is that adventure racers around the world are more or less a sort of a big family.