Many times in China but never in Taiwan? After returning from the Spine Race I got a chance to race on Taiwan and to fix this disbalance a bit. I was interested how “the other China” looks like and 246km course from east to west crossing the entire island seemed reasonable, so it was a no-brainer. The offer came from road-runners, I was a bit uncertain about the surface, but supposedly it was not “that much” a road race. In the end the race became only a beginning of my five week tour – three weeks at Taiwan and two more in China. Perfect.

So where do we run? 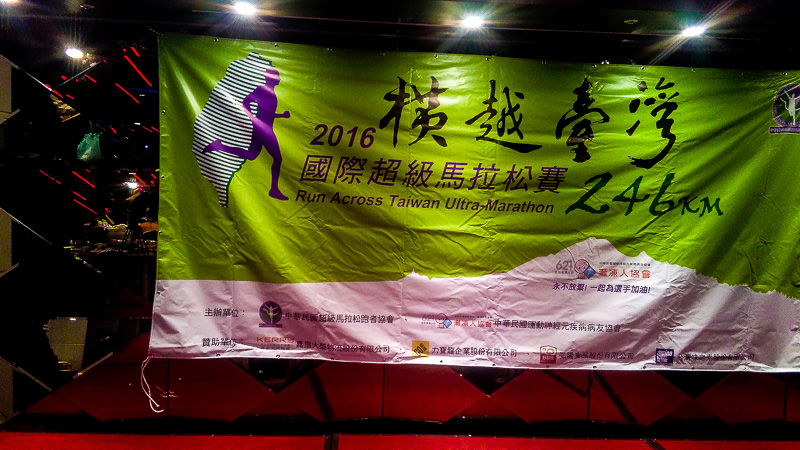 As the race start was getting closer I was more and more curious about one key question: What surface is the race on? Trail, road, trail-road? There was simply too many arguments for both versions: Course crossed a mountain pass with altitude over 3200 m.n.m. (road?). For some sections helmet was mandatory (what for?), but so was a reflexive vest. Given the course parameters [246km/10500m+] the limit was pretty strict (42 hours) for a trail race. Finally, we have seen the course description and it was clear. Road all the way. 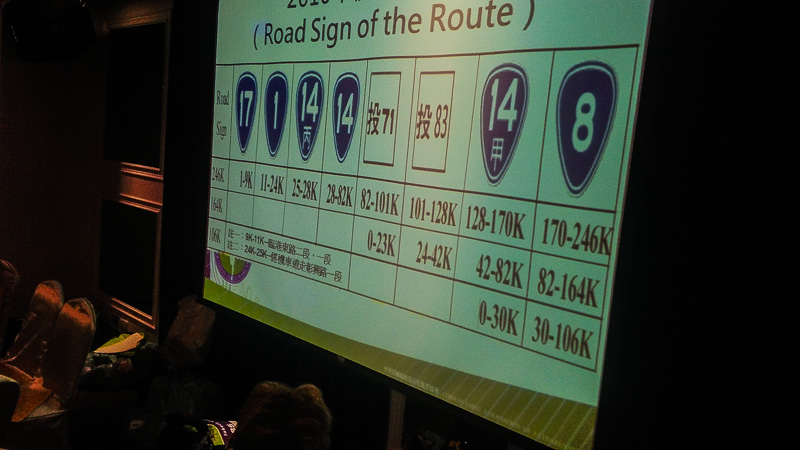 I felt fine, everyone was smiling, bowing and shaking hands. I had no idea, what was going on – everything was in Chinese. There was a lot of international racers – Hongkong, Korea, Singapur, China, but all of them seemed to understand this “universal Chinese”. For this race I don’t need to know anything – I start, every 10-12km there is an aid station and sooner or later I reach the finish line. Ok, here we go. 5 minutes to the start. Am I complete? Haven’t I forgotten anything? Of course I have – vaseline. Well, this is going to be long and painful. 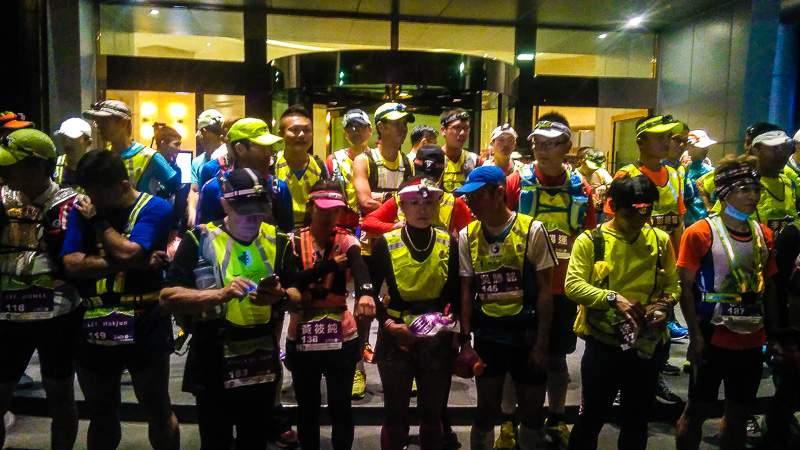 Few minutes before the start…

How I am supposed to run?

I started… and ran. A mile, two, three.. easy. We are averaging a mile in 8 minutes, is it fast or slow? No idea. Shall I run faster or slower? No idea. Let’s see what happens. Nothing. What I am supposed to do? I’ve been running for just 20 minutes and I already turned a philosopher. What the hell the road runners do? What do they think of? I passed several aid station, nothing really happened, I was seated in second place and even our leading group was stretching a bit.

What now? Nothing, no need to panic, no need to give up, go faster or slower, everything is OK. This is boring. Not anymore. As I hit 50km I ran into troubles. Big troubles. Suddenly my thighs were not responding as they should. I felt tired and sleepy. I was so slow that soon many racers were passing me. I had to take two short naps, I had no idea how many racers passed me while I was asleep. Water, UFOOD, two short naps and I could be running again.

It’s day again, 82 km, first dropbag and… beer. It’s getting hot and it’s getting worse. Not only the heat but I have bruises, rashes, rubbings and whatnot in many places. I don’t know the proper word in English, but guys probably know what it is like when your thighs are rubbing. If you keep running, it only gets worse. And if you keep running for another hundred miles it gets, well, really worse.

So since that time I am in my own world – just me, heat and the pain. Finally there is a hill and we start to ascend. No one is running anymore, and I pass many runners. So much for road runners – if they run, they are fast. But once they have to walk, they just walk and dont care about speed. Step by step and I move forward. As a true skyrunner I can take over many racers, walking. At 158 km I reach the highest point, Hehuan pass at 3275 meters, and start to descend with joy.

The joy lasts for about three seconds, pain is back, stronger than before. The body would run, the legs would run, yet the pain prevents me from using all the range of movement. How embarassing, such a beginner’s mistake! 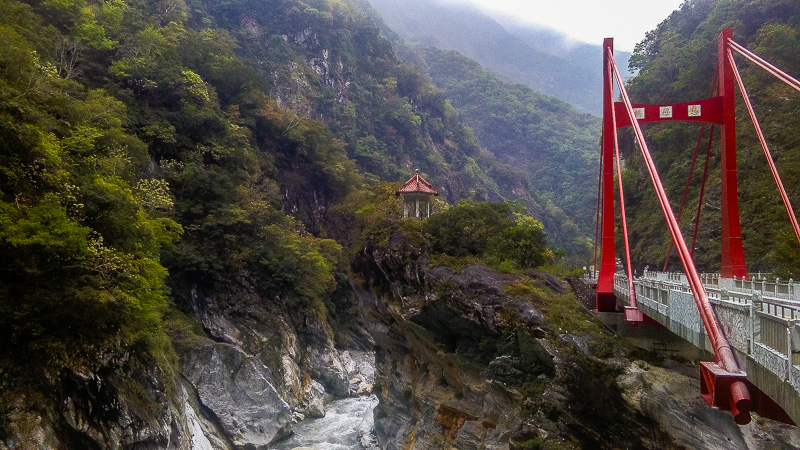 I like to run downhill, but not this time. I run as if I was riding an invisible horse and steering an invisible wheel. I want to end this suffering, I see no point in running further, but give up because of pain? No, this reason is simply not enough for me. I would have to make fun of myself for being such a fool. And what is more – I would definitely recover and want to run this crazy race once more. No, soon it will end. After 31 hours and 56 minutes I finally reach the finish line. I have no idea what was my ranking, what was the gap, but I didn’t really care. It’s over. 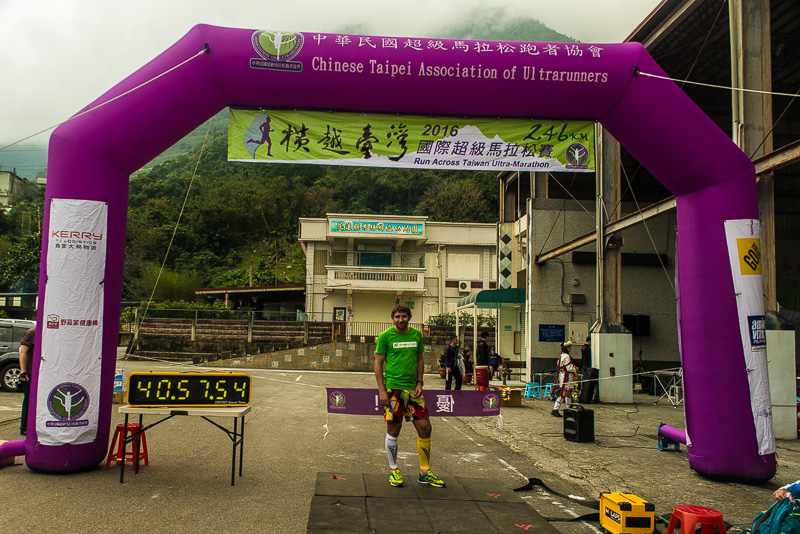 Photo at the finish line – better late then never.

“The best roads ever!”

Japanese runner has won the rce. That is all I know. The more I think about it, the less I understand. Most of the race nothing happened and/or I was suffering. Some parts could have been interesting, but we were ther ein the night. Total time does not look that bad. Some people began to compare it with Spartathlon. If someone told me to run Spartatlon, I would turn it down right away! He must have gone crazy. I am not tired as I would expect, but I can feel how the body is thrashed. How can anyone enjoy these races? Suddenly someone is talking to me – the leader of the Korean team:

“Hi, we have a nice race in Korea. TransKorea. You will like it.”

“YES! All road! The best roads ever!”

“But have also some trails!” He tries to save the situation.

“Ok, send me some information.” No, I did not change my mind. I don’t like roads. But trails in Korea sound interesting. Or I will pass the information to some true road runners, to someone who likes road more than me. 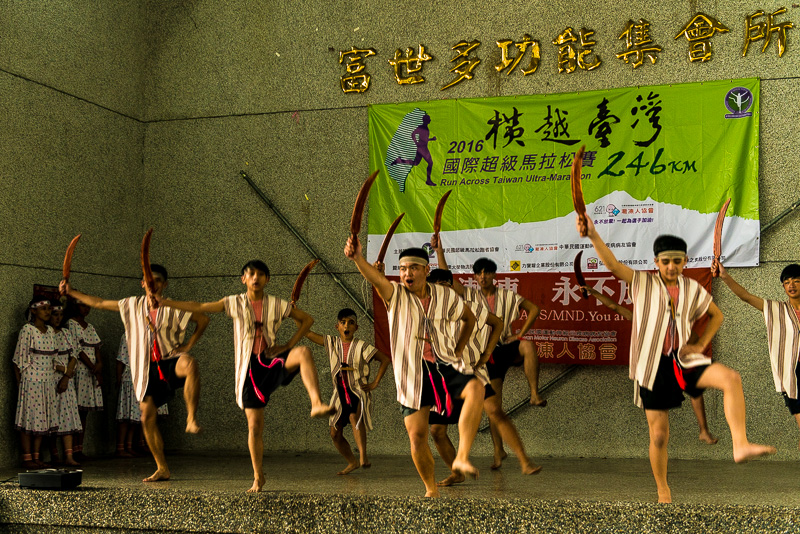 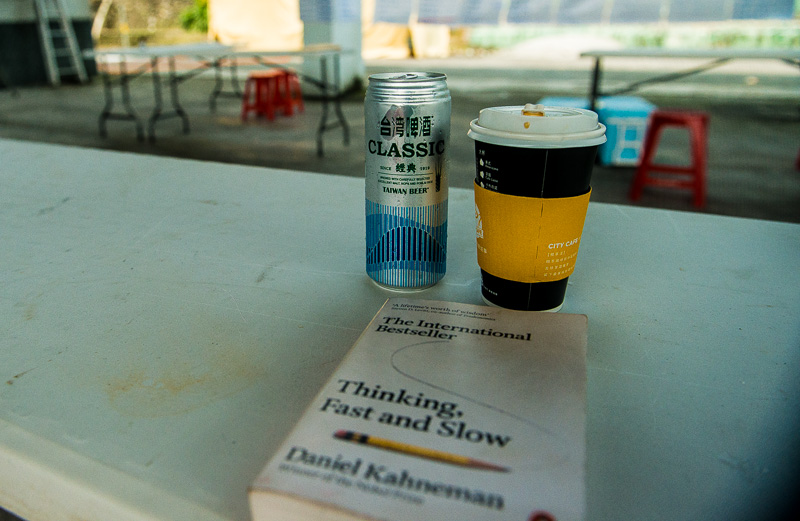 Recovery for both body and mind.

I have two more weeks to spend in Taiwan, I am staying at the outskirts of Taroko national park. I try to use these two weeks, my bike and my camera to train and explore Taiwan. Then I move to Baise in China for a four-day multisport race with my team. This far-east journey then continues in the mountains in the north-west of China with Yading Skyrun. 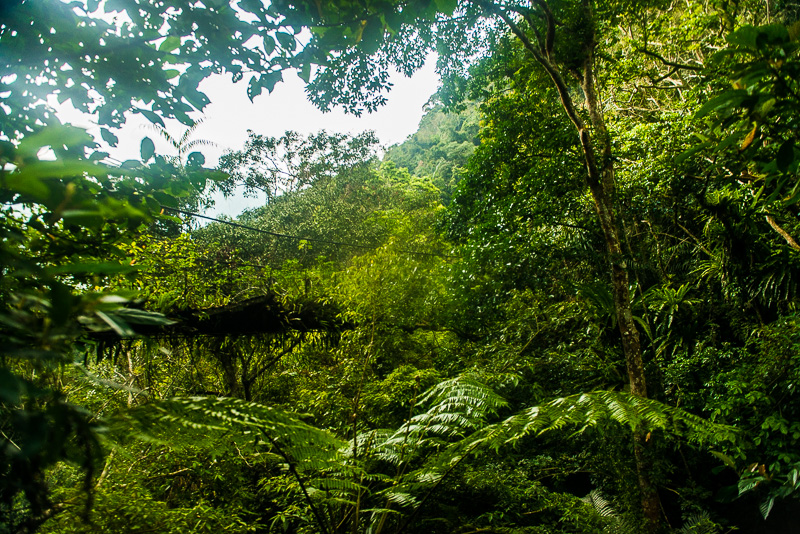 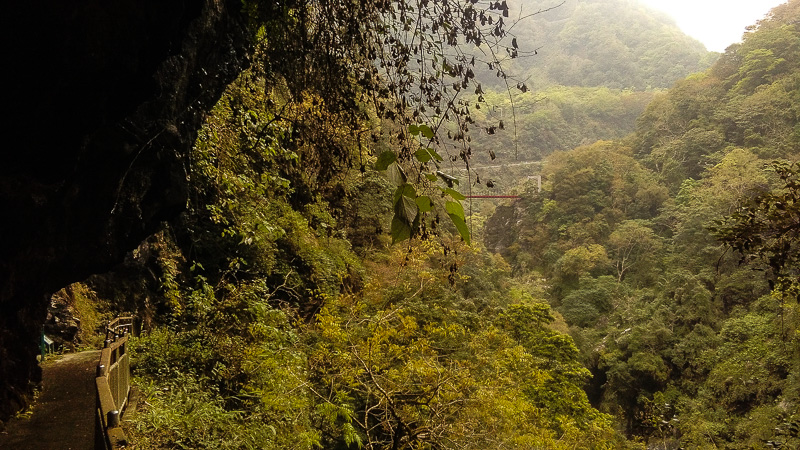 Once I get home, everything will focus on my FKT attempt on the Pennine Way in summer. You can read more about it and support me here.